You are here: Home / Coaching
SUBMIT A COACHING APPLICATION 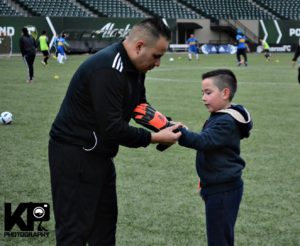 Kids attend Active Children Portland’s Soccer for Success program after school 4 times a week throughout the academic year. Participants learn about eating right and other ways to stay healthy, and they gain important decision-making and relationship skills from their interactions with coach-mentors and peers. 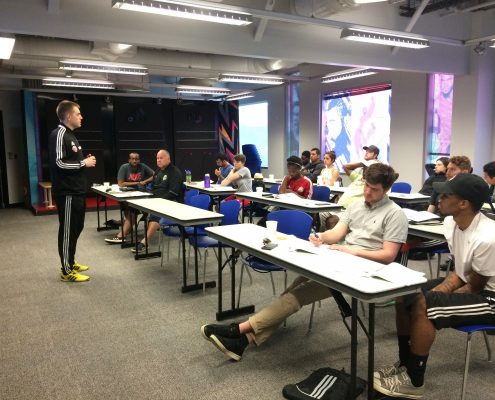 Soccer for Success coaches are also mentors. They teach kids the fundamentals of soccer, but also strive to help children build confidence and recognize the value of hard work, teamwork and persistence in achieving personal goals. By learning what it takes to play a team sport, kids are also being prepared to be productive citizens.

The lessons Soccer for Success teaches don’t stop on the field. Coach-mentors meet with families regularly to educate parents and guardians about how to embrace an active and healthy lifestyle and nurture their child’s personal growth.

Coaching for Success – A Coaches Story

For the past two years, I have worked with Soccer for Success as a coach-mentor. During that time, I’ve seen the program evolve to a truly transformative and engaging endeavor that is changing lives.

My work involves coaching 15 energetic and loving, 3rd- to 5th-grade girls of all differing soccer levels. I’ve played the sport since I was five and was raised with the mindset that “girls can do anything boys can do.” This is how I think about coaching during practice with these kids after school every day.

Many of the girls initially come to Soccer for Success hesitant and with the mentality that soccer is a “boy’s thing.” Through the games and teambuilding activities that are woven into the Soccer for Success curriculum, I have seen firsthand how these attitudes dissolve and confident competitors begin to emerge. My players’ confidence, though, barely scratches the surface of what really is an incredible transformation for many of these children.

Race is a very complicated issue in America, and this country’s playgrounds are not immune to this reality. I’ve witnessed tense conflicts among students during recess. Cliques form based on race, and slurs have even been hurled at these very young ages, even leading to physical fights. This is heartbreaking to see in elementary-age children. Soccer for Success has been a wonderful opportunity to unite these students who are often separated in their schools.

One day a player showed up for practice but realized that she felt very alone.

“I feel really uncomfortable. I’m the only black girl here,” she told me.

We entered into a rich discussion about culture and identity, and I asked her about some of her family’s traditions. I explained to her that this would be an opportunity for her not only to meet some new students and become friends, but also to learn about other cultures.

The impact of that exchange became clear a few practices later, when I had the players form teams based on their birthdays. Friends had to go into unfamiliar territory. The player who had felt such discomfort was there before me, comforting a friend who didn’t like these new teams.

“It’s OK,” she told her. “Just think of it as a way to get to know another culture.”

My heart melted. This program is about much more than coaching a sport, and this exchange illustrated one way this is true.